Bendigo is a good place to start. 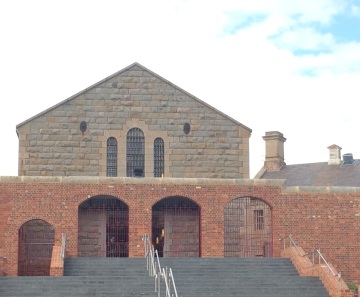 Bendigo is a town in central Victoria, less than 2 hours drive from Melbourne. The old jail  – known as Sandhurst Gaol – opened its doors in 1863. During WWII it was used as a detention centre for military peoples who went AWOL and such-like. It closed for renovations of sorts then re-opened in 1954 as HM Bendigo Training Prison. 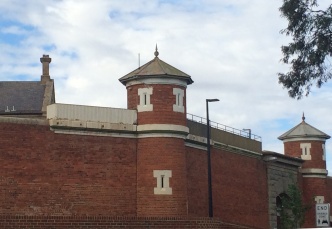 But then you enter another world…

I call it photogenic. But then I like sandstone. 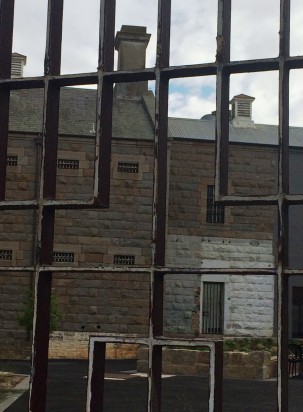 Ronald Ryan, the last man hanged in Australia, had his first taste of jail here from 1961 to 1963. He kept busy, completing his Leaving Certificate as well as being part of a prison drama group that became the first group to perform outside the jail. They appeared at Bendigo Eisteddfod 1962 and didn’t do too badly at all. In fact, they won first prize, outperforming Kew Repertory Players by half a point. Go boys! Sadly, Ryan ended up in Pentridge, escaped in 1965, and well, the rest is history. If you know Ryan’s story, you will find this chilling: the play the prisoners performed was The Valiant, about a prisoner awaiting execution and Ryan played the part of the warder who leads the condemned man to his death…

Jump forward to 2006 for another strange theatrical co-incidence. The jail closes its doors and – bing! – re-emerges in 2015 as the fabulous Ulumbarra Theatre. Dramatic. 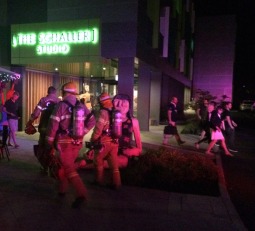 And what did I do?

Followed the silent people pouring out of their rooms on my floor down the corridor. Stepped into the lift. Went down in the lift. Streamed out of the lift. Stood on the grass as fire engines arrived, sirens blaring. And  fire fighters in gas masks stormed in. Only then did I think: You’re not supposed to use the lift in a fire.

Turned out to be a problem with a hammer in the sprinkler system. Seems they had a similar evacuation the week before at 3am. Ours was at the slightly more civilised hour of 11pm. If you like fire alarms (or really nice lifts) you could think about staying there. And if you like jails, well, the rooms are definitely not cell-like but they are quite cell-sized.